How to calculate sales revenue? An Ultimate Guide 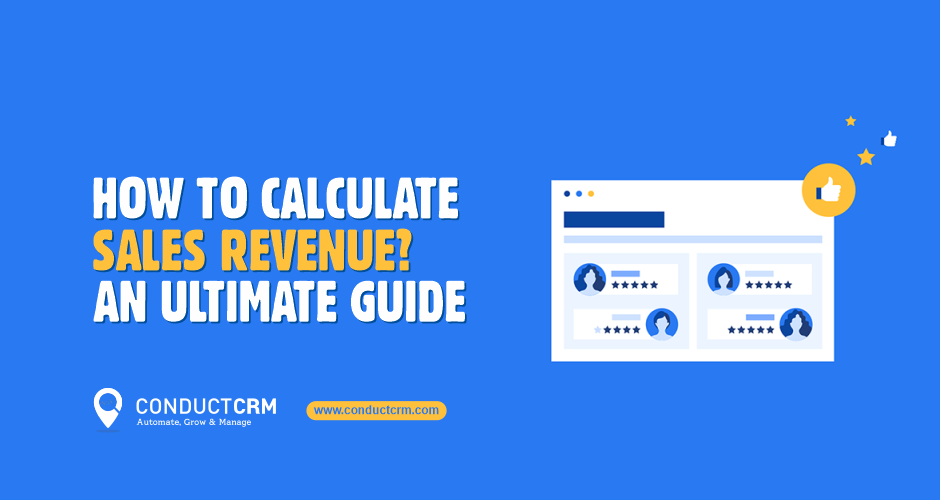 What is Sales revenue?

Sales revenue is the point of a company’s success and profitability. It plays a vital role in the company’s growth. Also maybe there are many indirect sources of income for the company but it results from a one-time event and does not sustain for a long term in the business. So it shows the importance that how successful and profitable the company’s core products and services are.

Sales revenue is recognized on the income statement of the business in which the service or product was fulfilled or delivered, according to GAAP ( Generally Accepted Accounting Principles ) and recent pronouncements by the International Financial Reporting Standards and Accounting Standard Codification have especially addressed the new rules for the revenue recognization. For example, online retailer Ajay’s bears and accessories sold 40 teddy bears in May for $ 25 a bear and collected $1000 in receipts. But it delivered only 20 of them in May. So for those 20 bears making recognized sales revenue for May is $500 and the remaining $500 of unfulfilled orders gets recorded to deferred revenue.

Now if the customer returned four bears sold in May then $100 is subtracted from the sales revenue and the net revenue for may is $400.

Difference Between Revenue and Sales Revenue

In the past model, income from teddy bear deals is viewed as immediate Sales Revenue. But at the same time suppose that the organization has cash in the bank that acquired an extra $100 in revenue during this bookkeeping period.

In this model, sales revenue is everything acquired from the offer of the bears. This is the top line of the pay statement. Be that as it may, the organization procured income from exercises not connected with its center business — the cash created from revenue. This is additional income, however, it is non-working or aberrant income. In a multi-step pay statement, non-working income doesn’t combine with gross income. It is perceived after Sales Revenue, expenses of merchandise sold, and working costs in computing are the main concern.

By precisely recognizing and calculating sales income, the business can:

Choose where to contribute

Breaking out sales revenue by item class assists organizations with seeing which things or classifications are performing and which are battling. The organization can then change its system likewise. For instance, it could expand the following month’s creation intent to satisfy the need for quicker moving items.

Decide if it’s qualified for specific advances or agreements

A few credits and potential chances to seek government contracts are simply accessible to organizations under a specific income limit.

In certain businesses, particularly in programming, income is a major figure in computing valuations since it can flag development or an expansion in a piece of the pie.

What does sales revenue include?

sales revenue incorporates all deals of items and administrations however don’t be guaranteed to include those deals progressively. Utilizing our model over, Roosevelt sold and got installments for 40 teddy bears in June at $25 a bear for a sum of $1,000. Suppose Roosevelt likewise retouched five bears at an expense of $20 a bear. Clients paid for those patched bears, however, they won’t be gotten back to clients until July. Under gathering premise bookkeeping, deals for administrations of those five bears can’t rely on June’s books. That income should be perceived when the bear is conveyed to the client. This is called conceded income.

sales revenue does exclude the expense of products sold (Machine gear-pieces) — the expenses related to the materials, work, and assembling of the actual bears. It additionally does exclude pay acquired on exercises that are not connected with the organization’s center business of making and repairing bears.

Moreover, the income can be separated into gross and net income. Gross deals incorporate all receipts and billings acknowledged from the offer of labor and products however deduct no business returns and recompenses. Then again, net deals deduct all business returns and stipends from net revenue.

The absolute first line of the pay articulation is Sales Revenue. This is significant for two reasons. To begin with, it denotes the beginning stage for showing up at net gain. From income, the cost of products sold is deducted to track down net benefit. Devaluation and SG&A costs are deducted from net benefit to get the working time, otherwise called EBIT. EBIT less interest cost is pre-charge pay, and pre-charge pay short assessments are a net gain.

Besides, as the main thing on the pay proclamation, Sales Revenue is a significant detail in the hierarchical methodology of gauging the pay articulation. The memorable pattern of income is dissected, and income for future periods is determined. All costs beneath Sales Revenue are many times tracked down and communicated as a level of that income. As the main thing recorded on a fiscal report, it turns into the turn or anchor from which other details are relative. This is likewise one reason why Sales revenue is known as the “top line”.

Sales Revenue is one of the most significant measurements for breaking down past execution and authentic monetary gauging. For this reason, its situation at the highest point of a pay explanation is so critical. Different measurements recorded are habitually communicated as a level of this key figure. Subsequently, it gives an ideal reference highlighting foreseeing some other measurement on the pay articulation.

Most importantly organizations exist to create a gain. A significant piece of the benefit-making process is recognizing and dissecting cash as it comes in. At last, understanding Sales Revenue is a vital piece of that cycle. 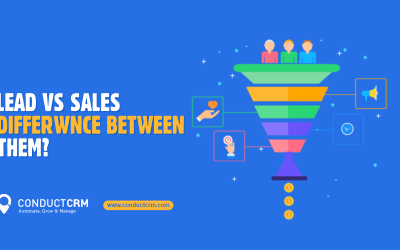 Lead Vs Sales: What is the Difference?

Introduction : Outreach groups are the backbone of any association. Whether huge or little, organizations[...] 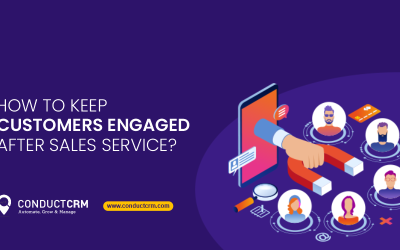 November 17, 2022 Sales Prospecting and Lead Generation No comments yet

How to keep customers engage after sales service?

Introduction : Customer relationship is one of the biggest problems these days. Because it defines all the[...] 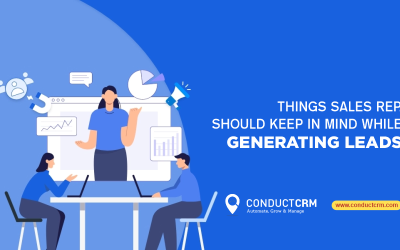 Things Sales Rep. Should Keep In Mind While Generating Leads

Introduction In the present competitive market, new things and systems are offered every day by numerous[...]